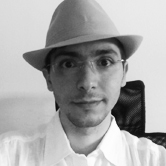 Founder and former CTO at PrivateWave Italia SpA (privatewave.com) for his daily job where he released an opensource ZRTP implementation on http://www.zrtp.org. He follows the hacking community since 1995, attending conferences on topics of security, anonymity, digital and social rights. He has been in the past co-founder and organizer of several online security communities and own specific software .